If you are in the service sector and find that you are struggling to fill open positions, you are not alone. Despite an unemployment rate pushing 6%, employers say this hot job market is making it increasingly difficult to lure in good candidates and keep them long term.

This struggle is causing businesses across the country to get creative. Some are paying for employees to go to college, others are going even further and offering to give scholarships to employees’ spouses and children.

On a smaller scale, one restaurant chain has decided to give free appetizers to anyone who schedules an interview. Some hotels are offering workers a free night in the property of their choice so employees can take some time off, or are even giving employees a room to live in over the summer to help staff up for the busy tourist season!

More traditional options include hiring bonuses, referral bonuses for current employees who help bring talent in the door, strong PTO options to help people make the most of their time off, and remote-friendly options, where possible.

Speaking of incentives, how about “Joints for Jabs?”

Legal cannabis retailers in Washington State that offer in-store COVID-19 vaccination clinics can now legally give adults a joint as a reward for getting their shot.

The program is effective now through July 12th. Washington is not alone. Stores in Arizona have been giving out pre-rolled joints and edible cannabis gummies to anyone over the age of 21 who gets vaccinated. They call their plan “Snax for Vaxx.”

Maybe some Amazon employees will take advantage of the program now that the company is coming out publicly in support of legalizing marijuana on the federal level. In line with that stance, the company has announced it will no longer include marijuana in its pre-employment drug tests. The plan is to now treat marijuana just like alcohol. In other words, use it if you want, as long as you are not using while on the job.

It’s important to note that these relaxed rules do not apply to those in roles that are regulated by the Department of Transportation (DOT). That means all those thousands of Amazon drivers will continue to be tested for impairment while on the job and after any incident.

Last week we told you about the Equal Employment Opportunity Commission’s (EEOC) updated guidance that confirmed employers can require employees to get a COVID-19 vaccine before returning to the workplace.

The administration of Houston Methodist is now in a very public battle with some of its staff over the issue.

The medical center demanded its 26,000 employees get the vaccine. They had until June 7th to get the shot or face termination. Since the vaccine is still not officially approved – it’s only being used under an Emergency Use Authorization (EUA) –  several unvaccinated workers claim they are being forced to be “human guinea pigs.”

More than a hundred employees refused the shot. They were put on a two-week suspension and then fired. Now, they are suing the hospital. Several even testified at the Texas State Capitol this week as the legislature considers banning employers from mandating the vaccine. 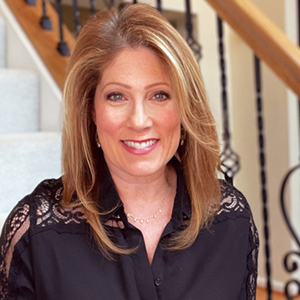 Jennifer Gladstone is a news anchor and journalist with more than 20 years of experience in front of the camera. She's worked in several markets, large and small, and has performed nearly every task needed in a newsroom. As EBI’s Screening News Editor, she keeps EBI’s customers and blog subscribers up to date on the latest screening news and legislative alerts affecting companies of all sizes.

Has your self-confidence taken a hit since meetings moved online? There is something uncomfortable about suddenly having to stare at […]

June 15, 2021
Read it
Screening News Update: Drug Use Up, Paying for Medical Marijuana, and EEOC Guidance

Marijuana use surged in 2020, states wrestle with who should pay for medical marijuana, and fresh guidance for employers about […]

Employers face more mixed messages when it comes to bringing employees back after the pandemic, the people of Japan and […]

Has your self-confidence taken a hit since meetings moved online? There is something uncomfortable about suddenly having to stare at […]

Industry Look: What Parents Should Ask About Summer Camp Safety

When sending Sara and Timmy off to summer camp, parents used to worry if the children would make friends and […] 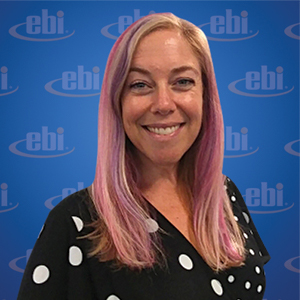 Each industry is facing long-term impacts created by the pandemic. This week, EBI begins a series called ‘Industry Look’ where […]